Do you need help or information?
ask 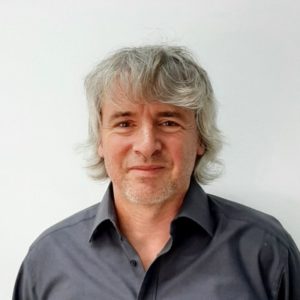 CO2 plays, as the most energetically stable carbon compound, a decisive role in the natural carbon cycle. The amount of CO2 in the atmosphere is approx. 2,7·1012 tons, of which 8,1·1011 tons are in circulation yearly. Deep oceans with 1,4·1014 tons as well as the sediments with 2,4·1017 tons are bigger reservoirs of CO2 than the atmosphere. This amount increases about 1,85·1010 tons yearly because of combustion processes due to anthropogenic factors and it also increases because of the destruction to the forests and the earth of about other 7,4·109 tons [1].

Climate changes with significant effect are expected because of these quick changes in the composition of the atmosphere; the reduction of the production of CO2 will be researched as well as the implementation of processes to neutralise CO2 emissions.

For example, in order to use fossil fuels neutrally, it is necessary to carry out a separation or concentration of the CO2. Further steps are the use of the generated CO2. The current amount of chemically utilsable CO2 is very small (3,7·107 tons yearly). The chemical industries in Germany only need just a 0,1% of the total CO2 emitted [2].

Consequently, the reduction of the CO2 emissions is only possible in the long term by developing new circulation systems, using the synthesis of gaseous or liquid energy sources from CO2, combined with the production of hydrogen using regenerative energies [3]. The chemical storage of hydrogen is at present, always coupled with C1– chemistry (bonds with a C atom) like the conventional generation of hydrogen.

While it will only be possible to use these complex and multi-step circulation processes in the future, there are already easier better-known processes, through which the separation of CO2 leads directly to an added value. During the conditioning of raw natural gas to pipeline-quality (CH4 with < 2 mol % CO2) the processes with membranes are the most economical option to separate the natural gas from the CO2 [4]. The revision of the implementation of these processes in a circulation system seems to make sense.

In this study the suitability of membrane processes to remove CO2 from CO2/H2 mixtures will be investigated, which derives from a chemical hydrogen storage system based on formic acid (principle cp. Figure 1). To implement a reversible hydrogen accumulator with formic acid, a container, which contains the formic acid and a catalyst, has to be coupled with a separation unit for CO2 and H2. By discharging (or relaxing) the system, the catalyst breaks down the formic acid into CO2 and H2. For example, in order to use H2 in combustion cells, the CO2 must be removed from the accumulate CO2/H2 mixture. In order to charge the accumulator (pressure increase) the catalyst must produce formic acid from CO2 and H2 again. A direct circulation system can be generated using the rich material flow of CO2 in the separation unit. It is possible to use particular membranes to carry out the separation of CO2. The separation unit delivers hydrogen under pressure, whose purity depends on the separation capacity of the membranes. 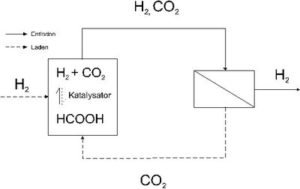 Figure 1: Diagram of a hydrogen accumulator with membranes that are especially permeable for CO2.

During this study these membranes must be produced for such a separation unit, required for the enrichment of CO2. Furthermore, analysis methods for the characterization of membranes have to be worked out to determinate the transport parameters as well as already established methods, which can be adapted to fit the general conditions of the examples being investigated.

The conceptual beginning of this study is the use of amino functional polymers as separation layers. Those polymers react reversibly with CO2 and can consequently favour the permeation of it. The different effects of covalent bonds in comparison to the ion exchanged amino groups also have to be investigated. Furthermore, we will try to correlate the chemistry of the membrane and the transport processes by investigating the transport mechanism.

Technically possible alternative methods for a hydrogen accumulator (cp. Figure 1) will be discussed in the following chapters, as well as the steps for the separation of CO2. The advantages and disadvantages of the different alternatives of the process will be shown, using a power engine with H2 as an example.

Storage processes like pressure tanks for hydrogen gas in the chemistry industry and cryotanks for hydrogen liquid in the aerospace industry are well-known. In the development phase new accumulator methods such as metal hydrides and cryoabsorber, are also found, see Table 1 [Table 1 [5]:

During chemical accumulation the hydrogen will be stored as a hydrogen-rich compound.

Table 2: Comparison of the energy densities of hydrogen.

The obtainable energy densities according to the stoichiometric amount of hydrogen contained are listed in Table 2; the combustion enthalpies based on the volume of storage are given as a comparison.

It can be seen that the possible energy densities of chemical compounds, both in relation to the contained amounts of hydrogen and the combustion enthalpies, lie considerably over the pressure or low temperature accumulators.

1.3.2 Discussion of the process variants using power engines as an example

As shown in Chapter 1.3.1 it is obvious that chemical hydrogen accumulators have the highest energy density. A high energy density is desired in power engines to obtain big ranges within the available volume of tank. In conventional internal combustion engines the combustion enthalpy per volume is very important in fuel cell vehicles, which produce hydrogen using reforming processes, which contain the stoichiometric amount of hydrogen if you take away the reforming losses. The onboard generation of hydrogen from methanol in vehicles is momentarily carried out when the series production starts [6]. Methanol is the favourite storage form for vehicles given that it is only necessary to modify the existing infrastructure a little in order to disperse the fuel and also a big energy density is available and the methanol liquid temperature is close to the temperatures of the conventional fuels. It is disadvantageous that CO is created during the reforming of hydrogen from methanol (cp. Eq. 1), which makes it necessary to separate it until only traces of it are left (<200 ppm) because CO contaminates common anode catalysts.

The inclusion of methanol in a CO2 circulation system (cp. Chapter 1.2, [3]) is also a disadvantage, which inevitably results from the stoichiometric proportion of the reactant (by CO2: n(C)/n(O) = 2) and from the product methanol (CH3OH: n(C)/n(O) = 1), which means that the equivalent amount of H2 to methanol will be converted into water (cp. Eq. 2).

Direct fuel cells, for example for methanol or formate, have been investigated in many cases but they are still not implemented technically or in series-production [7, 8] due to the absence of electrode materials that are appropriate, cheap, suitable for series production and CO-tolerant.
In spite of the low energy density of formic acid (cp. Table 2), its use is interesting for a CO2 circulation system (cp. Figure 1) and in mobile fuel cells systems because it is the only stoichiometric reaction product which combines a molecule of hydrogen with a molecule of CO2 (cp. Eq. 3) and by the decomposition of formic acid does not result in any CO.

The decomposition of formic acid results in an equimolaric mixture of CO2 and H2. To obtain hydrogen under system pressure and avoid the use of compression energy for another processes, the use of a process control, through which selective CO2 is separated from the mixture, makes sense.
Furthermore, the electromotive force of a fuel cell unit (potential) depends, among other things, on the H2 partial pressure (Nernst equation), i. e. if you increase the partial pressure, the accessible cell voltage increases. The use of H2 in fuel cells is a necessary enrichment of > 95 % because the inert gases must be discharged out of the cell and that always leads to fuel loss. During the process of formic acid-separation unit-fuel cell (cp. Figure 1), the separation of CO2 from H2 is necessary.

Processes to remove CO2 are absorption, condensation, pressure swing adsorption (PSA) and membrane processes.
Absorption processes to remove CO2 use different amines as sorption agent (absorption principle: chemical) or solvents such as polyethylenglycoldimethylether or propylencarbonate (absorption principle: physical) [9].
The separation of CO2 using condensation is a very interesting alternative process when the mixture consists predominantly of CO2, as long as there are no other substances in the liquid phase that can contaminate it.
CO2/H2 mixtures, like the ones which come from the generation of hydrogen during the catalytic vapour decomposition of hydrocarbons and its final reaction with water, are usually separated using PSA [10]. The auxiliary hydrogen in feed gases that are rich in hydrogen are bonded to sorbents with more or less intensity (molecular sieve) using high pressure (6-35 bar). The maximum charge is reached at 6-35 bar depending on the sorbent (saturation region, Langmuir characteristic). A further pressure increase is not advantageous for the process. Product purities of over 99,99 % can be reached using PSA. The production of hydrogen accumulates with the inlet pressure. For this step a build-up of pressure is necessary to introduce compression energy. Technical plants implement this in the region of 50-100000 m3·h-1 of hydrogen (minimum size 1-2 m3·h-1 [11]).
The separation of gas using membranes makes use of the different permeabilities of gases through membranes. The momentum of the transport of a component through the membrane is its partial pressure difference over the membrane. Membrane processes for the separation of CO2 are already implemented in the conditioning of raw natural gas to pipeline-quality, petroleum extraction (enhanced oil recovery), extension of the capacity of the absorption plant and in the treatment of landfill gas and biogas [12]. Membrane processes are operations to be considered for the separation of CO2 because of their modular compactness and easy construction and their low transport weight. Furthermore, membrane plants do not have a minimum size; they are mobile without problems with the variable operational capacity, they can be used without moving pieces and they can work independently from their fitting positions. In the following chapters, membranes and membranes processes for the selective separation of CO2 will be discussed.